The beautiful 79,000 square foot City Hall in College Station, TX is now complete and the city employees have happily moved in to their new space. We were so pleased to work with CORE Construction and Kirksey Architects on this project. The three-story building has multiple rooms, each with their own unique name that reflects the city of College Station, including the Heart of Aggieland Multipurpose Room and the Kyle View Terrace on the third floor, along with the Platform Terrace on the second floor and the Bush 4141 Community Room on the first floor. This project finished under budget and almost four months ahead of schedule.

City Manager, Bryan Woods, said at the grand opening, “The city of College Station, Texas, has officially existed since 1938. However, until today, we have never possessed a traditional city seal. So, if you look behind me, right up there over the doors, you will see the new seal of the city of College Station, Texas. It pays tribute to the Bush 4141 locomotive and our 41st president, Texas A&M University, Union Pacific and our armed forces. These elements say everything about College Station.”The architecture of the building, particularly the lobby, is intended to hearken back to the train stations that gave the city its name. The whole building is meaningful to the city on many levels.

Keystone Millwork created and installed the millwork and casework throughout the building including: the city council desk, reception desk, council chamber side desks, lectern, flush walnut wall paneling with running book match, and the lobby windows and clock casing. Notably, the conference room arched windows are encased in walnut with hidden, motorized screens that are able to block out light to varying degrees based on the need in the room. 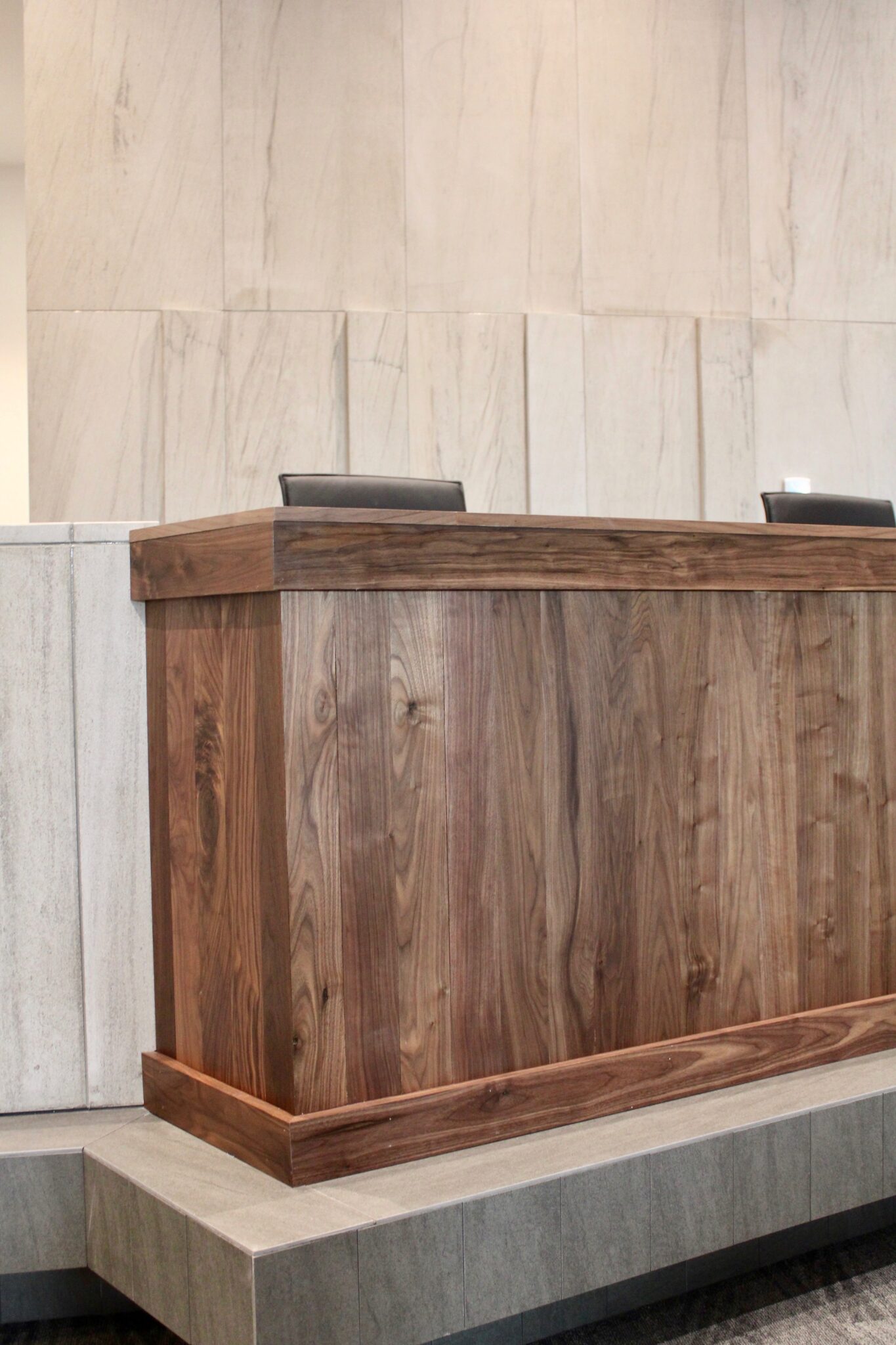 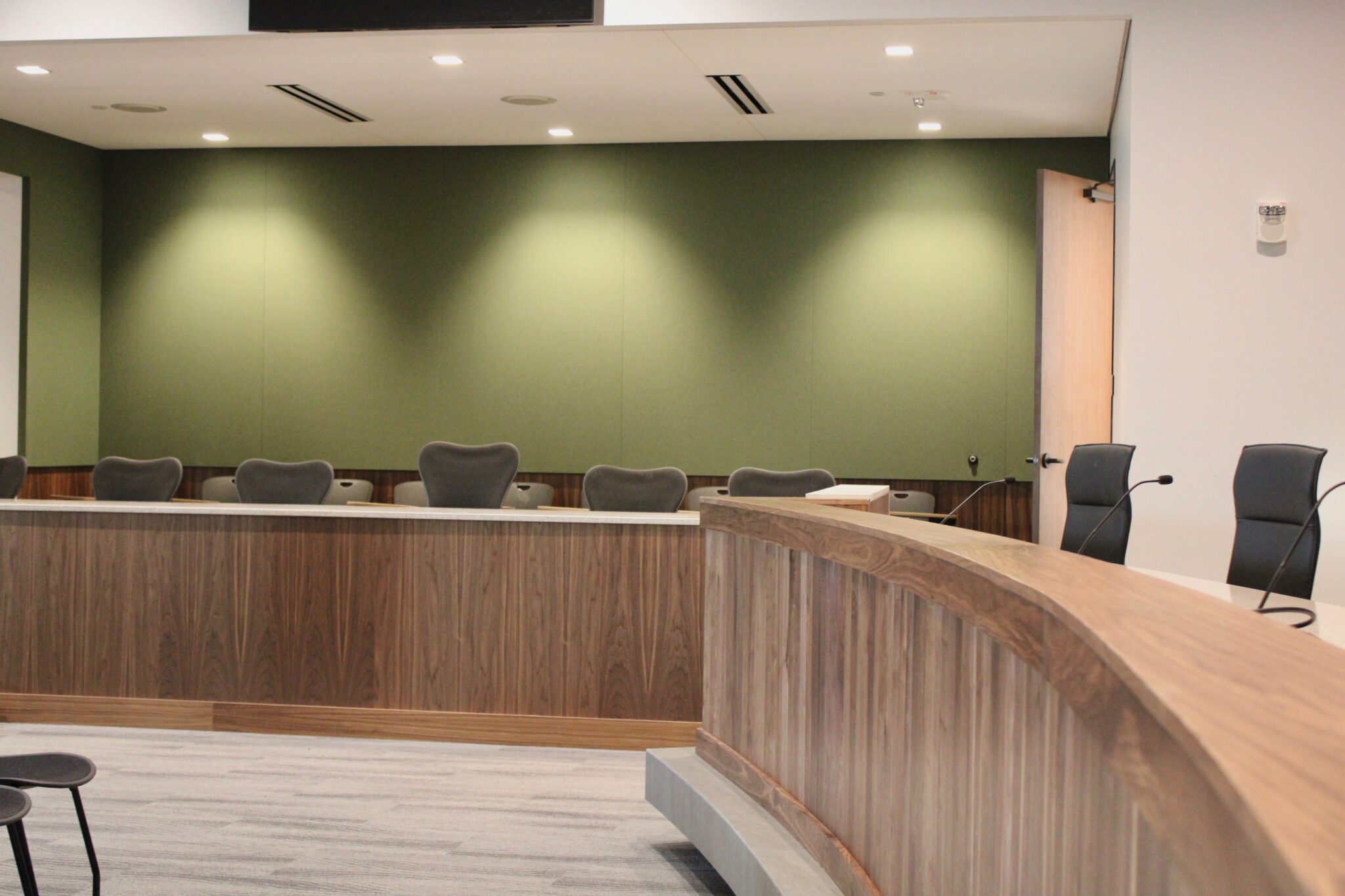 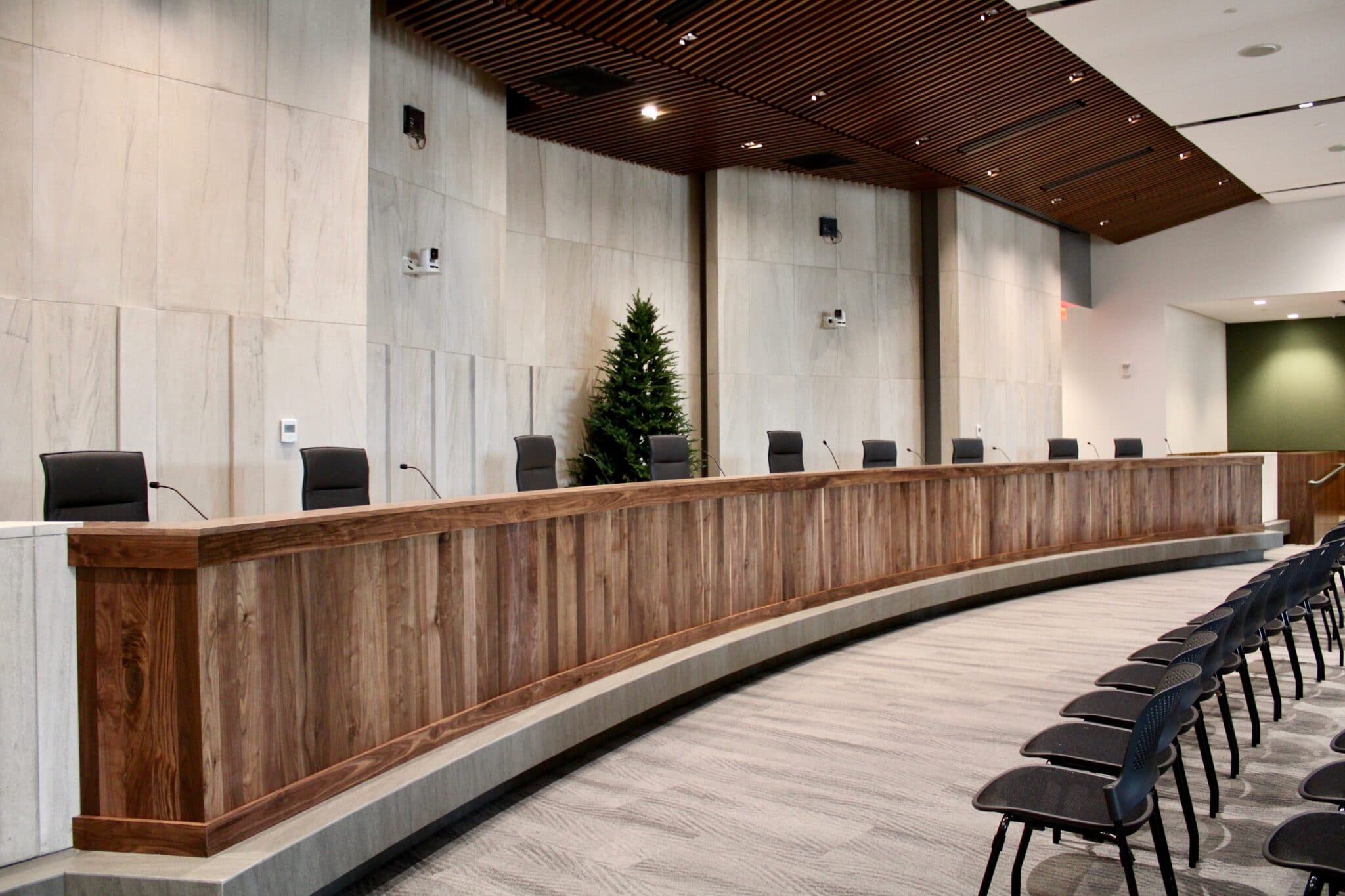 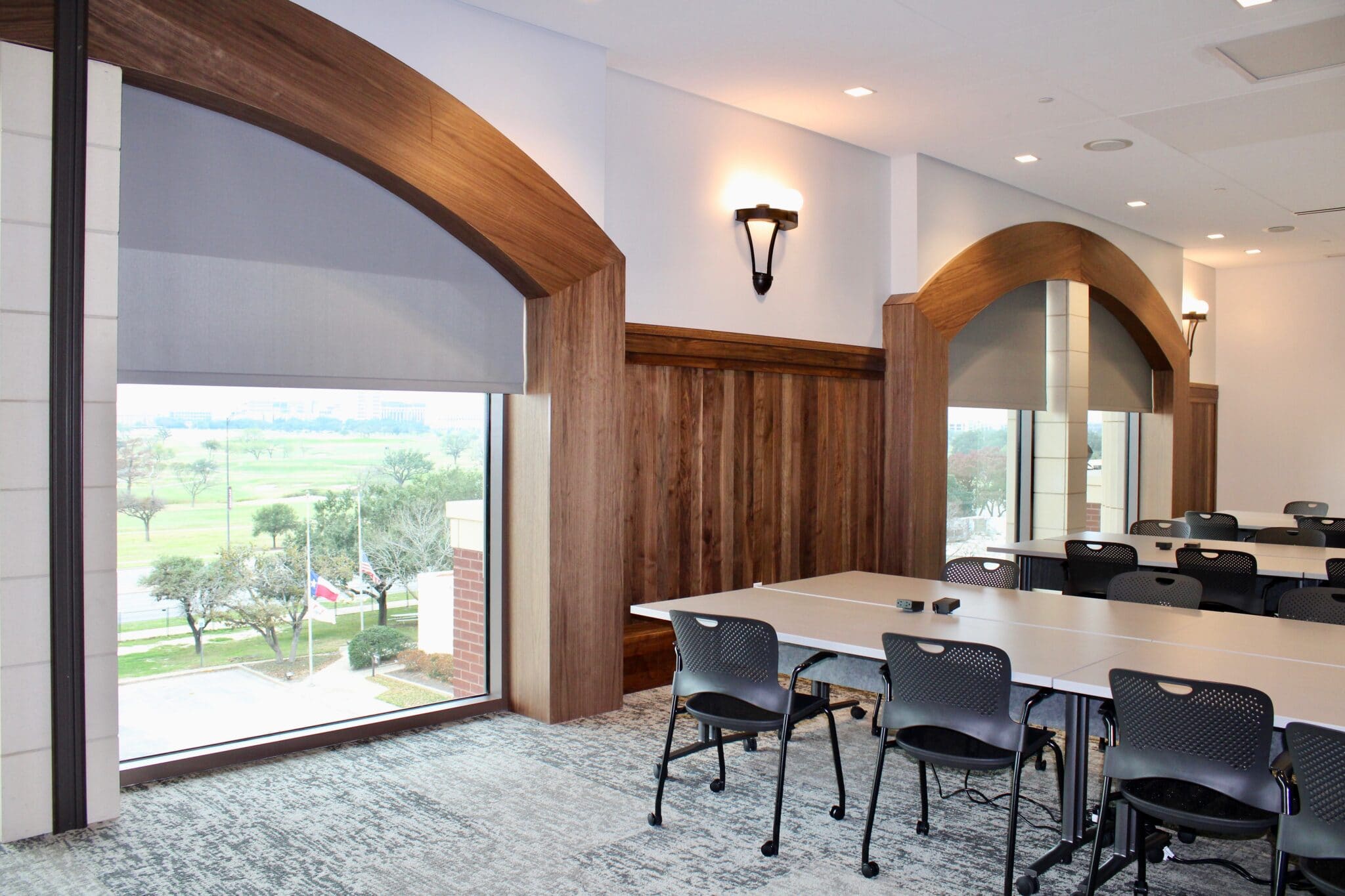 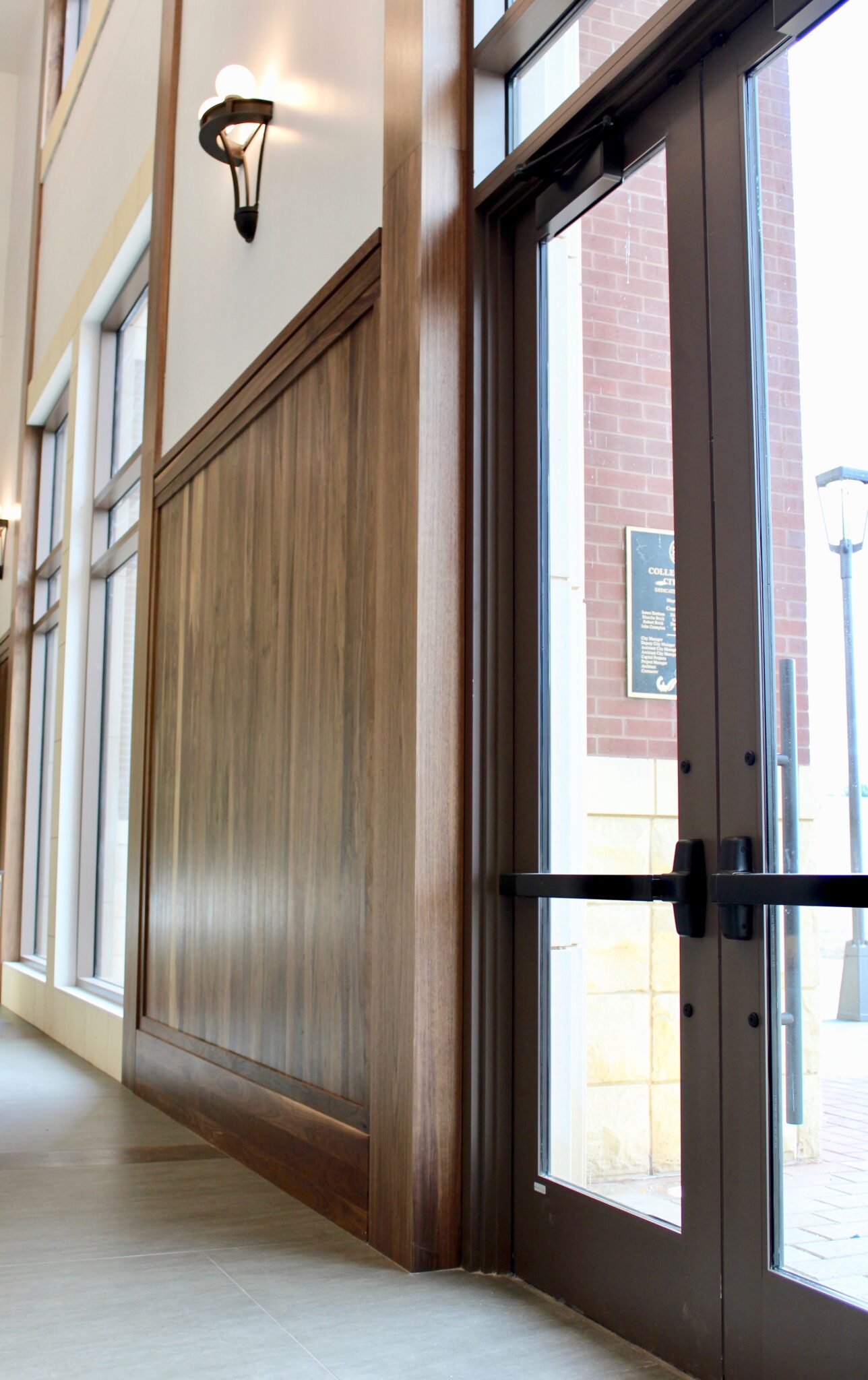 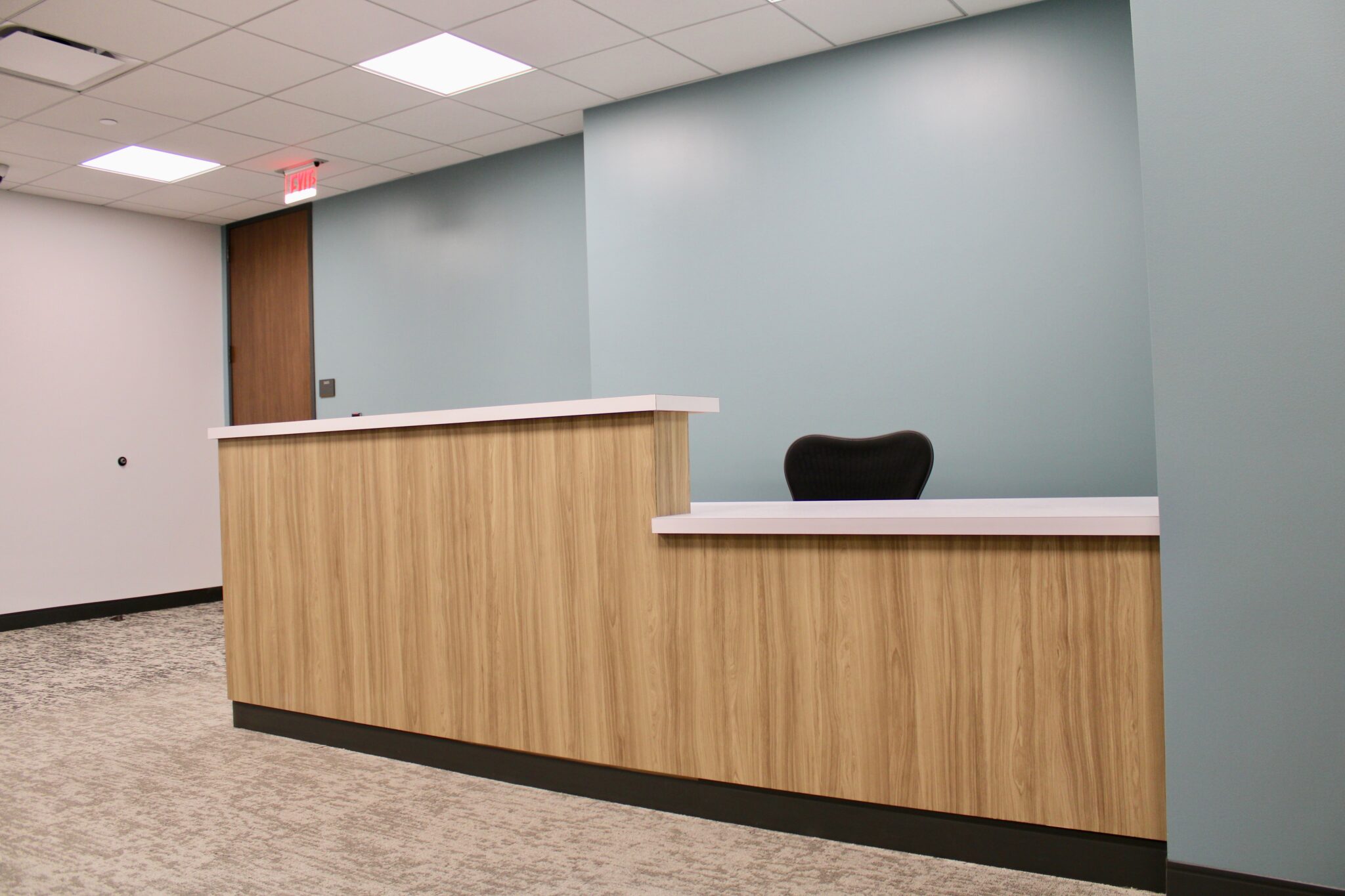 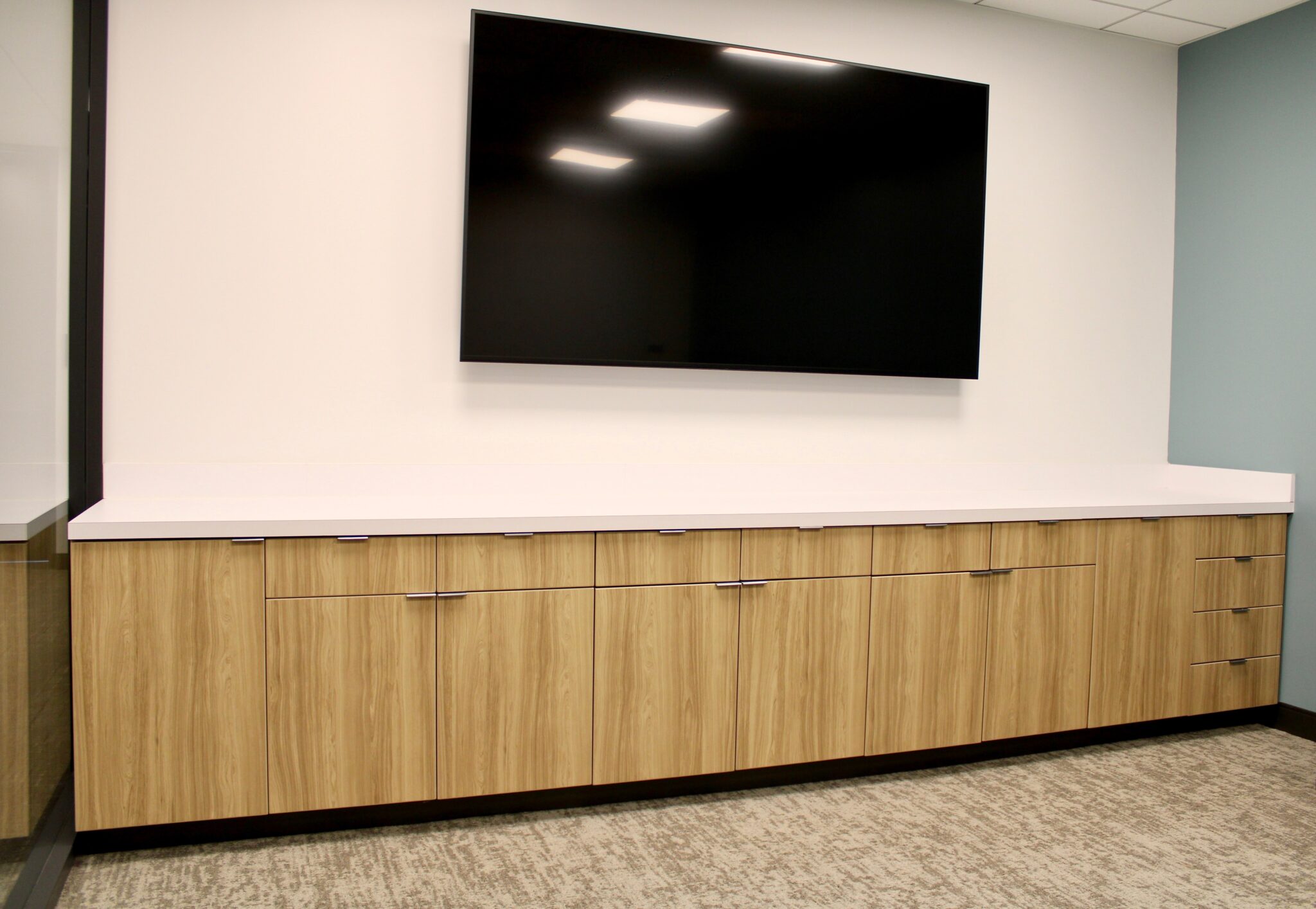 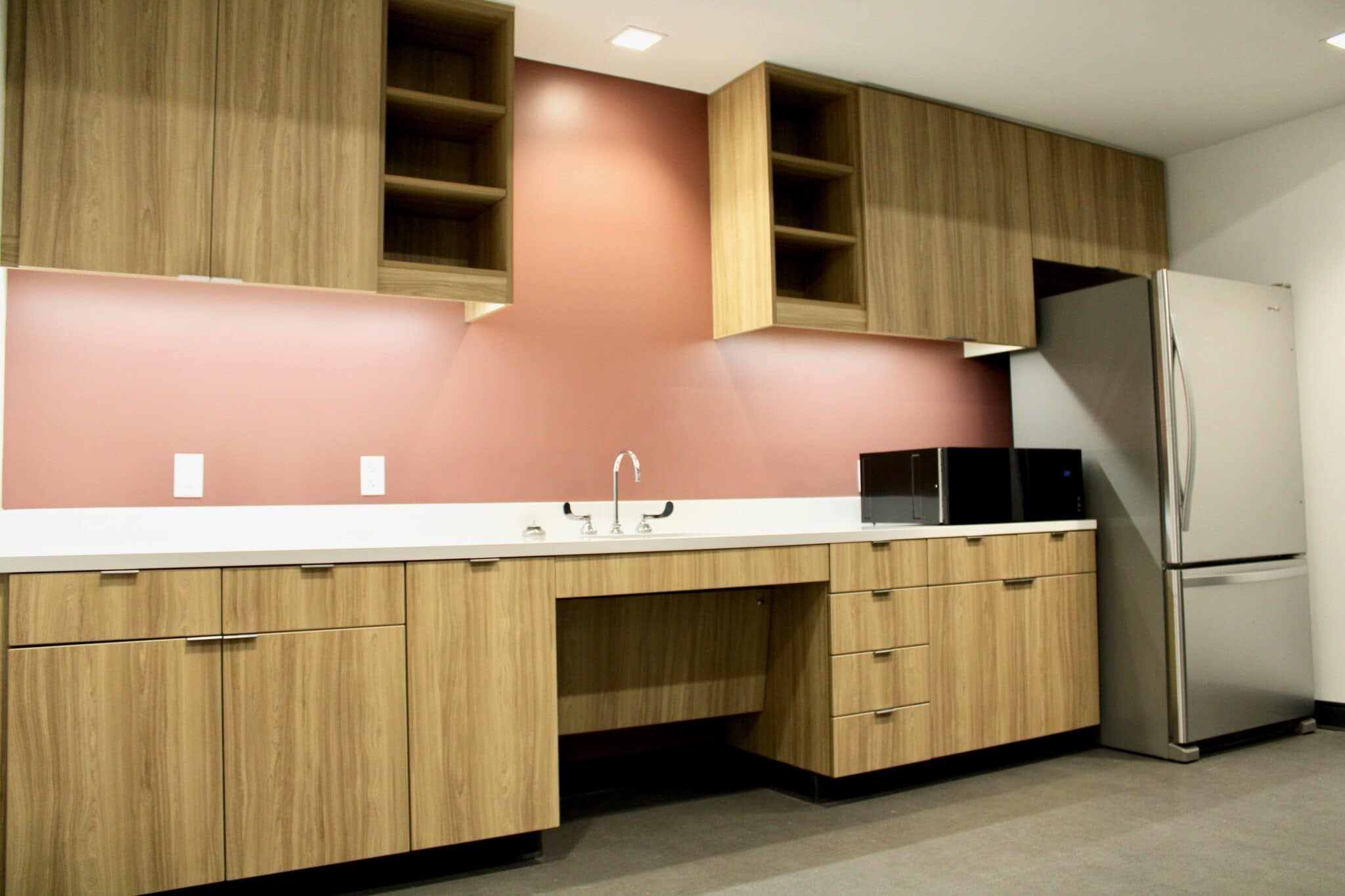 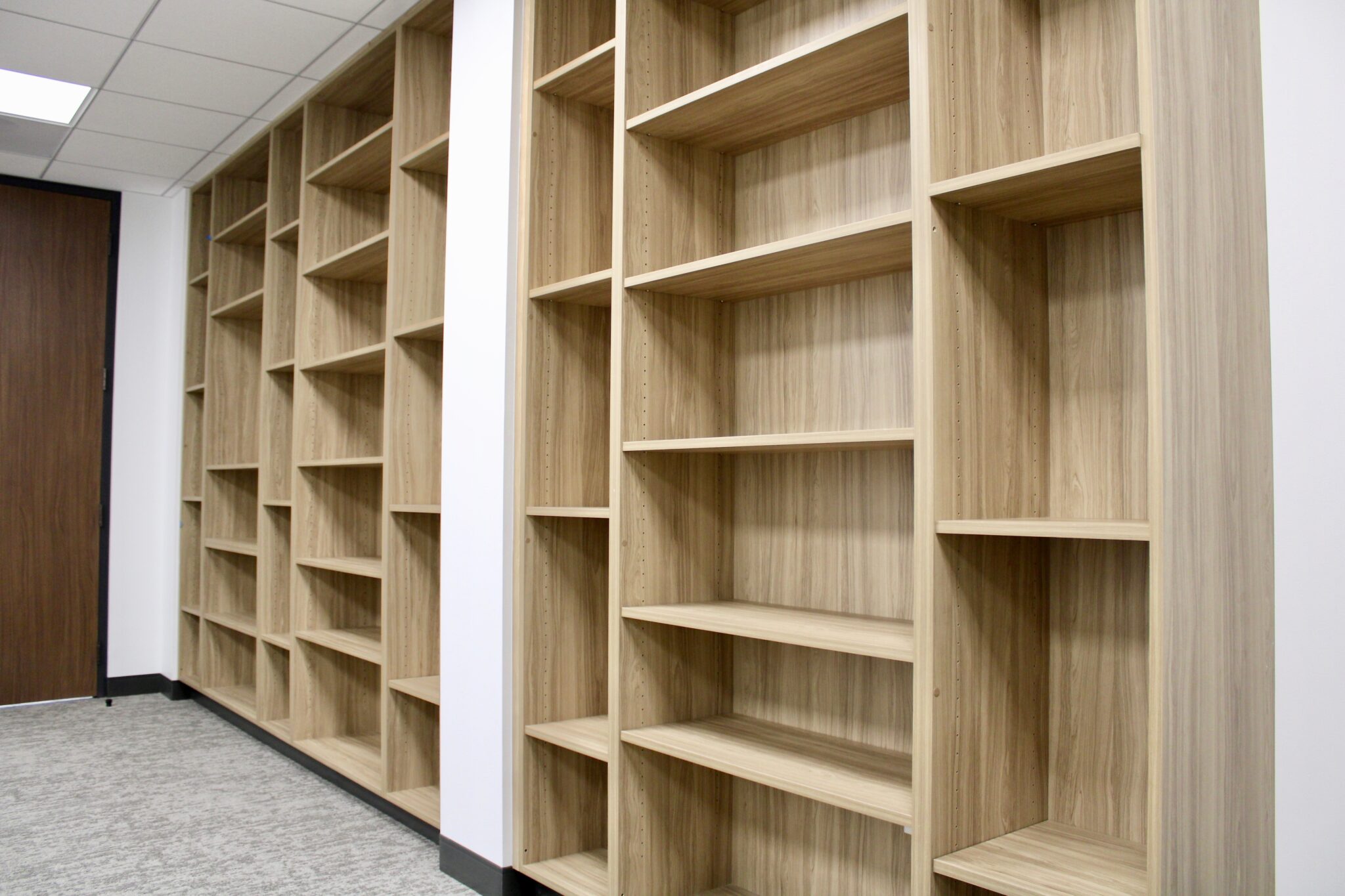 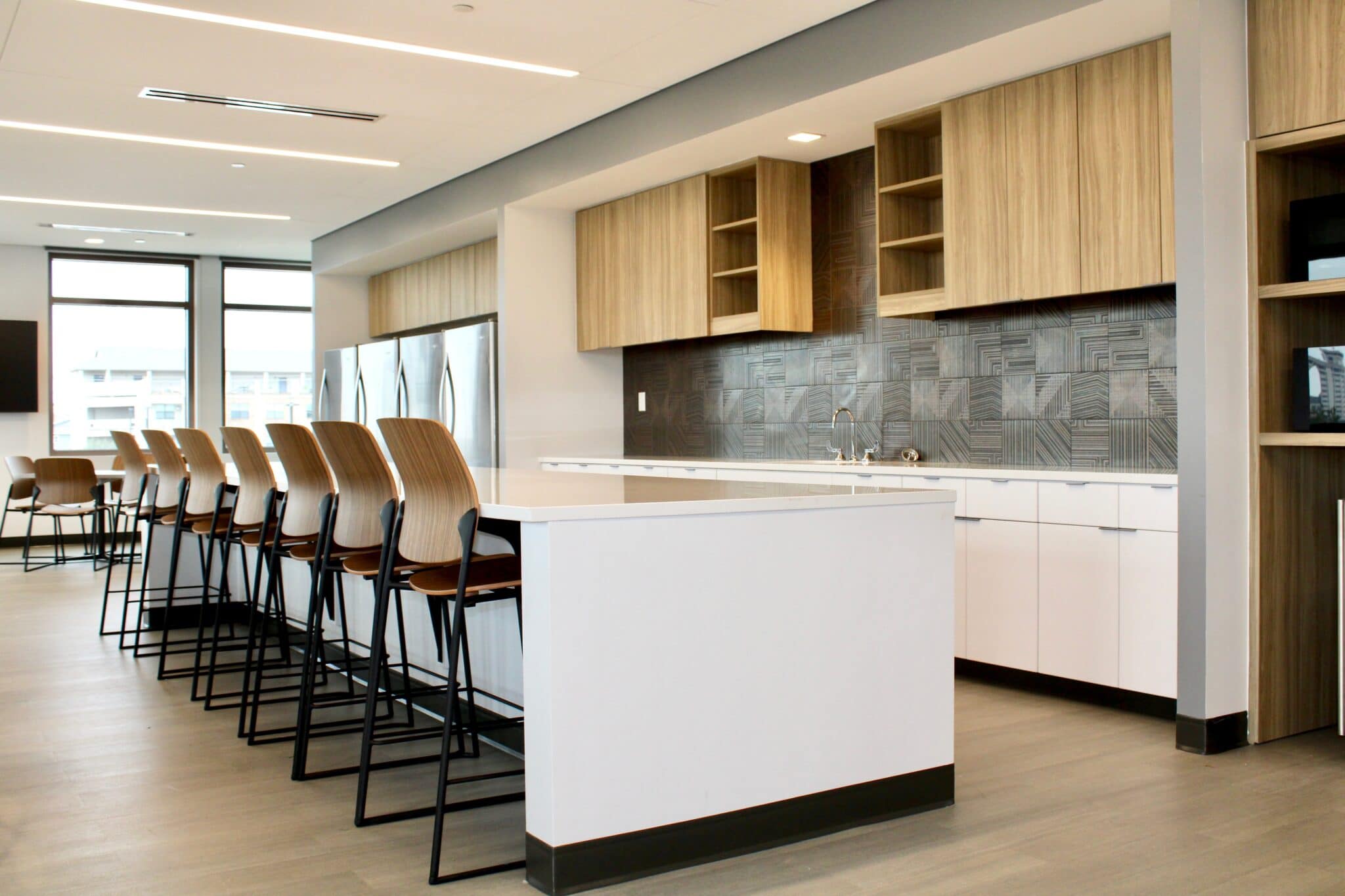 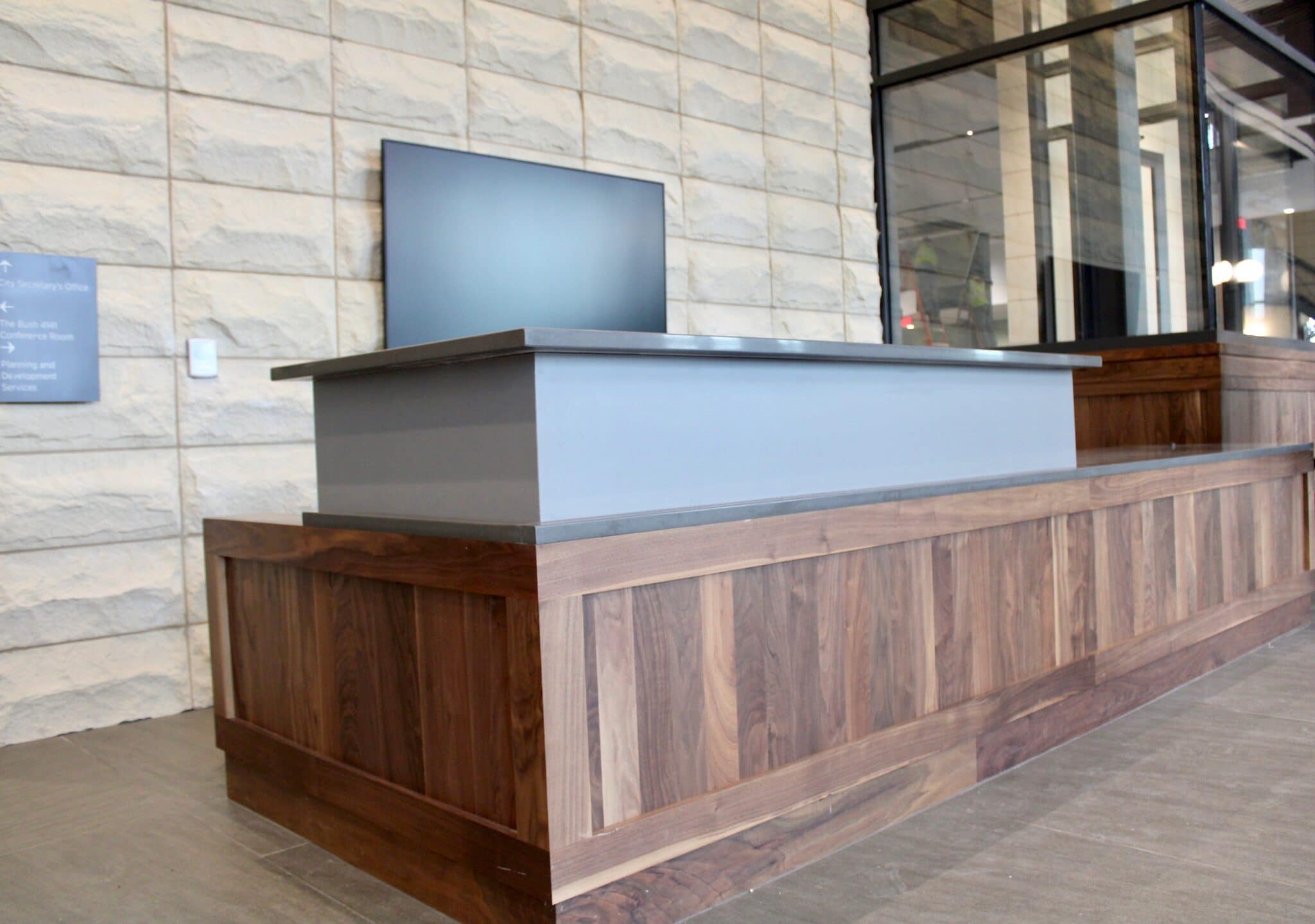 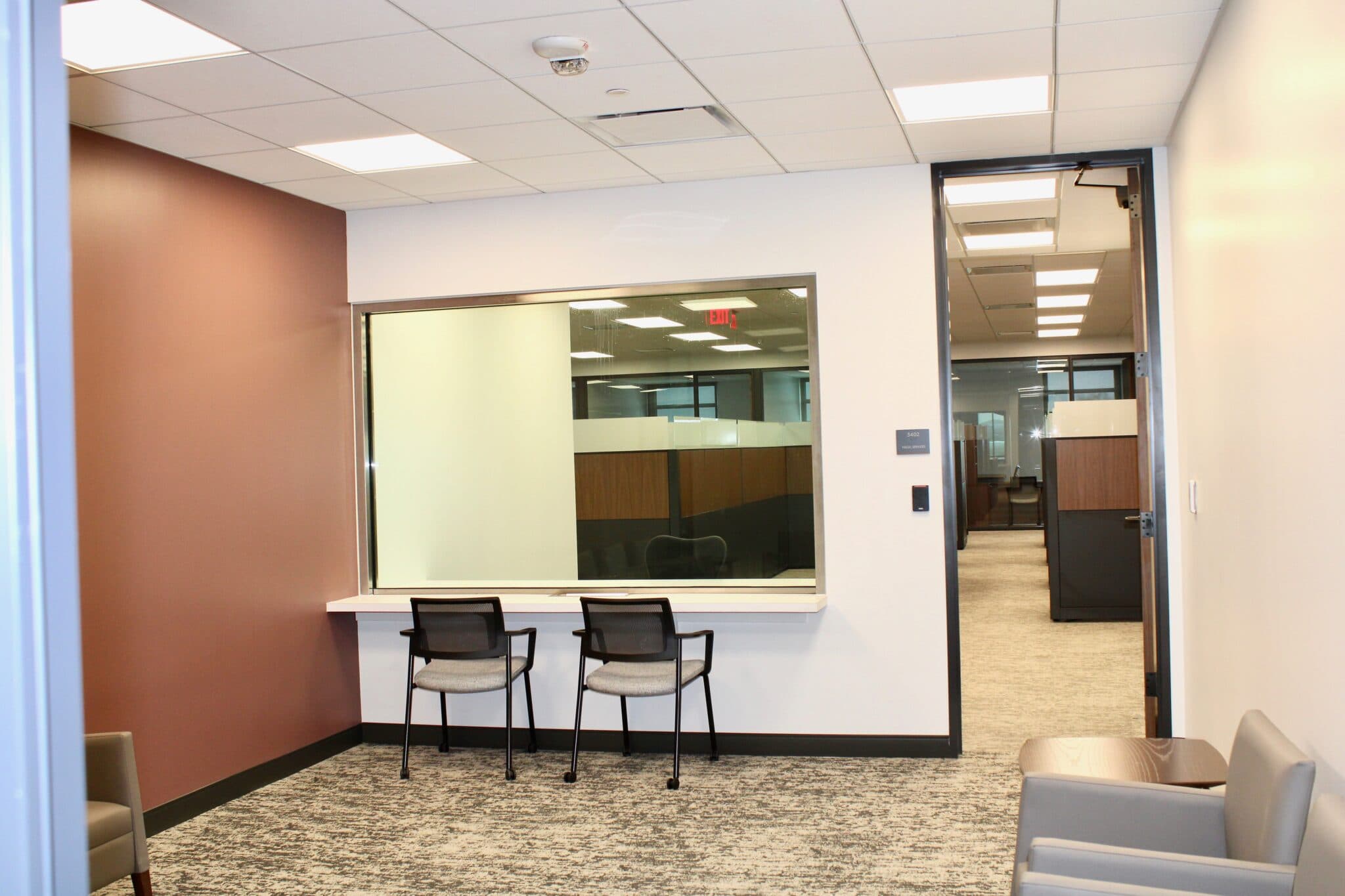 We are highly sought after for our full line of residential cabinetry and our top quality architectural millwork and casework.